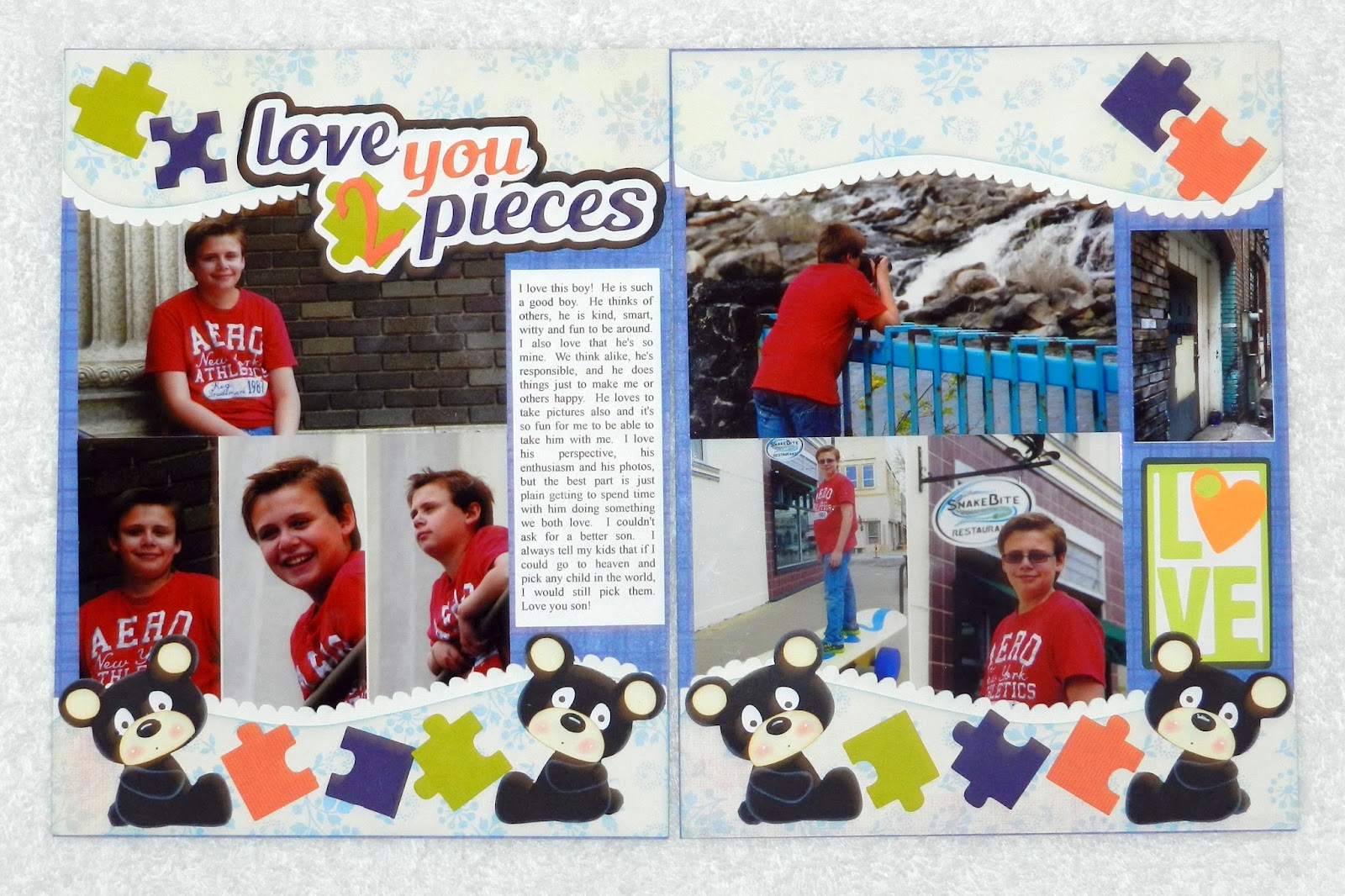 Over at Scrapping Bug Designs, they came out with a new pattern with the cutest little black bears.  I thought about buying it, but it had a love title which I didn't really need so I decided to look through the bear patterns that I already had.  I found this cute little guy and decided that if I cut him in black instead of brown, he becomes a little black bear.  I LOVE him!  He's so cute brown but he's just as cute black!  I've also seen a lot of "I love you to pieces" files lately.  Well, since I created my own little black bear, I decided to just cut some generic puzzle pieces and make my own title.  I think this is such a pretty font.  It welds so nicely and it's fat enough to cut well.  A win win.  So this is my version of the I love you to pieces cut files that several of the designers have out now.  I think mine turned out pretty darn cute.  Love it when files can be versatile and used in a variety of ways which saves me money to purchase something else!  LOL.   (Most of all I love that handsome young man in my pictures!  He's an amazing son and I am so lucky to have him!)