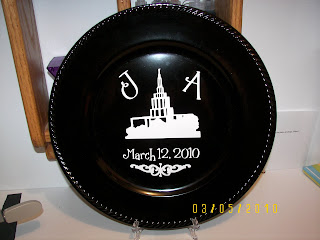 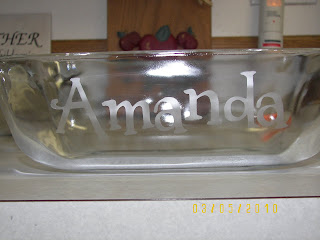 Our friend's daughter is getting married this weekend so I decided to do a set of glass pans with her name on it and also a plate with their initials. The thing I love about this type of gift is that she is guaranteed not to get another one just like it! LOL. I hope she likes it.
Posted by Heidi at 6:33 PM No comments: 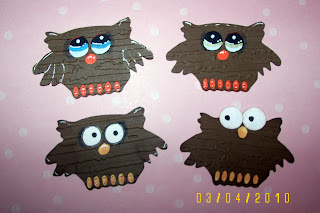 Today I found this cute little owl stamp on the internet. I decided to play a little and see if I could turn him into a cut file. It was fun and I think he turned out cute. I also made is so that he is only 3 cuts. One brown layer, one orange layer and one either white or black layer for his eyes. Much easier to piece together than having to glue on each little toe. Yikes....that would be no fun! Anyway, now I just have to decide which one I like the best.....I actually think I like the top ones better, but I like the color of toes and beaks on the bottom ones. I was just using some extra scraps that I had lying around so they aren't all the same but....I think they are cute just the same. The brown is textured cardstock that I ran through the cuttlebug for even more texture. You can really see it in the top left owl but not as much as the others....anyway....which one do you like? 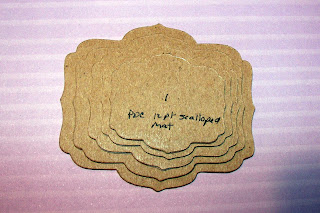 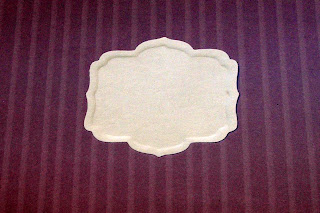 Ok...so I had to give this a try. Penny Duncan made all of these wonderful nestability cut files and I had to give them a try. I used 3 layers of a fruit snacks box...(that's what I had on hand) to create what I felt was the right thickness to get a good embossed image. I think they turned out great. I ran them through my cuttlebug and voila.....one embossed shape. I did have a little trouble with the files moving in the sandwhich, but a touch of repositionable tape fixed that problem. So....I now can make any of these types of files that I want and what a savings. Each set of these is like $20.00 at the scrapbook store, but with a little time, I can create them myself. Thanks so much to Penny for sharing her work! She's created a ton of different shapes that can be used like this. Go check them out. They are awesome.... 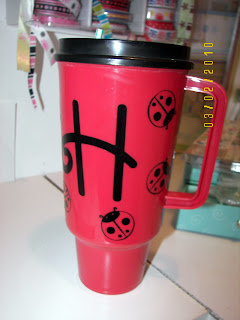 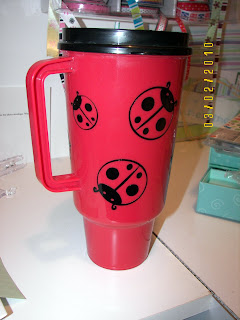 I saw the cutest glasses somewhere online a couple of weeks ago and it made me want to do my mug.....so.....here it is. I think it turned out cute!