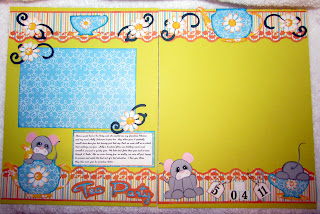 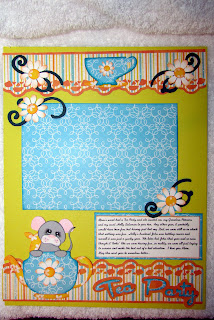 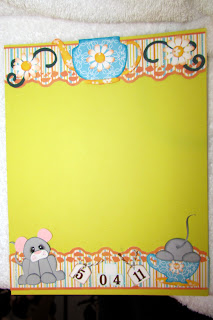 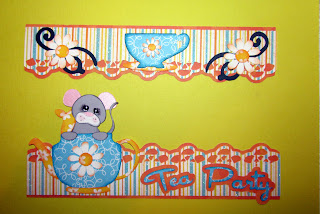 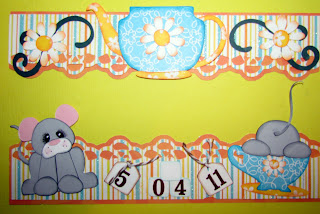 My mom, Grandma, aunt and I went to a "Tea Party" last year.  It was one of those only happens once affairs and I've been trying to decide what to do with the pictures.  I finally decided to use mice since I've used bears on a lot of layouts lately and wanted to do something different.  I had created an entire birthday set using mice but haven't cut it yet.  I wanted to use it for my daughter's birthday pictures but she wants monkeys.....we'll see.  Since it's a whole set already done....I'm trying to get ambitious enough to create another whole set.  Hence the mice on this layout.  I had these mice already designed for them coming out of presents so I just transferred them into the teapot set.  I love these little teapots.  They were a freebie somewhere and I just added the flower to the front of them.