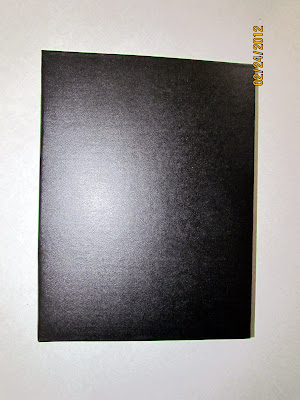 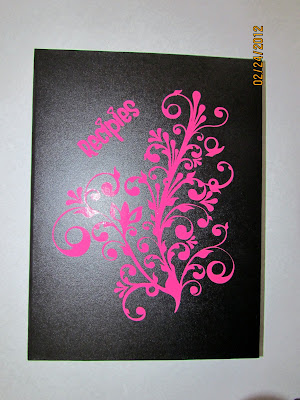 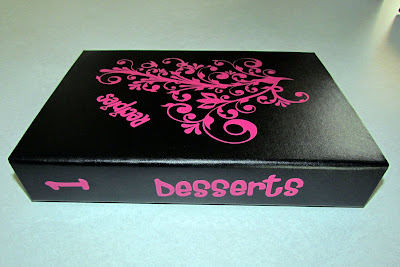 Have any of you decided to do a recipe book yet?   Boy, can I tell you that such a beast as I was looking for didn't exist.  I got a new KitchenAid mixer for my birthday which started me off on a new quest.  I've been trying to get more organized and my recipe box was so full and hard to find anything in that I decided it was high time for a new system.  I decided I wanted to do a smaller set of cookbooks. One's that I could just slip the recipe cards into and have a set of three books...one for desserts, one for main dishes and bread or appretizers or something, and then a third one for the other categories. Well, thinking that a product like this already existed I started a search. What I found was that I couldn't find anything that matched what I wanted.  I wanted it to be a 3 ring binder so that I could add to and adjust without dismantling the book and I also wanted it to have the picture pockets to slip the cards into. Now if you try searching online for a recipe book, many had dividers and such in them, and many came filled with recipes which was NOT what I was after.  Nor did I want to spend hours decorating each individual page of a scrapbook.  I don't have THAT amount of time!  LOL.   I've gathered a bunch of good recipies over the years and only the ones that we really like actually end up in my recipe box. So I wanted a place to put my tried, true and family approved recipes. What I found quickly was that what I really needed to look for was a photo album that I could put the recipies.  The problem with that is many are bound or covered in a fabric...not a good choice for a cookbook and I also wanted a 3 ring binder system so that it could grow with little effort from me except to add the page and the recipe. I started off at Office Max and found the perfects size binder but it was $10.00 and then the inserts were $4.50 a set so I added that up real quick and didn't want to spend 50 to 60 dollars for my recipe books. After looking all over including Barnes and Noble, I finally ended up back at Walmart for this binder for $6.00. It will hold two 4x6 recipe cards, one on top of the other for a total of 240 cards. It is 3 ringed so I can add to it and the additonal inserts were only $2.00 a set. The only down side was that it only came in this boring black. Well boring I can live with as long as I can I can spruce it up a bit.  Here's what I decided to do. I'm going to do book 2 and 3 in a different color vinyl so they will be a set, but easy to grab quickly.  I don't know exactly "what" I'm going to put into them yet so....I won't cut the vinyl until I've figured that out.  I'm also going to do tabs inside them...for this one I'm going to do cookies, cakes, bars, pies, etc. Then I will somewhat alphabetize my cards as they go in. That's why I wanted the 3 ring binder set so that it could grow and be modified easily later. Total cost is around $13.00 for 2 binders and vinyl. I would have bought 3, but my Walmart was out so I'll have to go back another time and grab a 3rd one. In the meantime, I'll get this one underway and get my recipies and tabs in. I think it looks much better now! :-) Hopefully it will function like I envision also.....LOL.