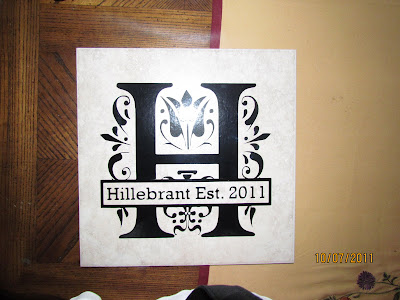 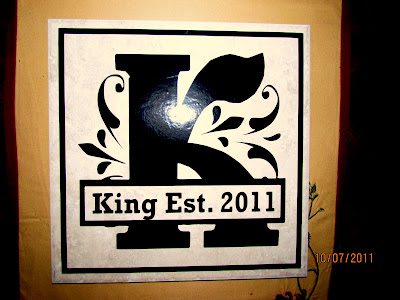 Ok...so I'm still behind on these. I actually had some cut and ran out of tile and had to go get more tile before I could finish them! One is actually going to be on time and the other one is late, but.....better late than never right???? I still thing the bride and groom will like it! I sure hope so anyway! I tried to use the K from the Regal font, but....it was a terrible mess and so I stole parts and pieces from the others to try to make something similar. I don't like it as well but.....the bride and groom won't know that right? My hubby says it looks just fine and that I'm over thinking it. Do any of you do that? I just want it to be a "nice" gift and he says I worry to much and that they will love it. I hope he's right!